Sunset towards the Isle of Mull from Connel Bridge 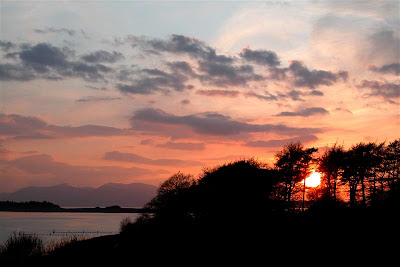 Taken from the north end of the bridge. The trees are at North Connel. On the darker land centre left is the site of Dunstaffnage Castle. The distant hills are the Isle of Mull. 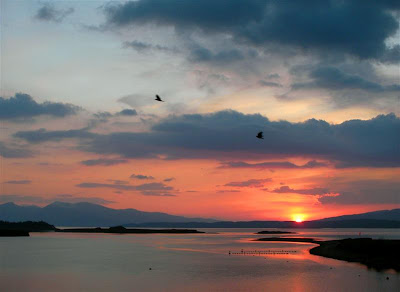 I walked to the centre of the bridge for this shot. The sun is setting up the Sound of Mull (hidden behind the south end of the Isle of Lismore) which is the major sea route between Mull and the mainland. 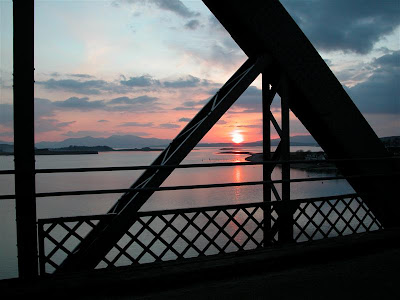 Standing on the opposite side of the road for the same view as above but including some of the bridge structure. Connel Bridge was built as a railway bridge in 1903 but these days is a single-track road on the main route between Oban and Fort William. 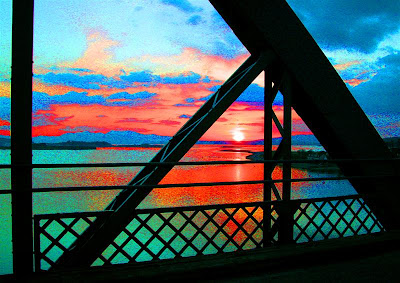 Same picture as above with the colour saturation increased.
Posted by Steve E of Benderloch at 9:53 pm